Which Mistakes Are YOU Making?

Sure you can easily stroll into just about any store and buy a lottery ticket. It’s just that easy. That’s just as it should be. Playing the lottery can be a fun and easy diversion with the chance of a major payoff. You, however, are a more serious player. The fact that you are reading this shows that. You are motivated enough to wade through detailed information to learn how to cut out the bad habits and practices and find a better way to play the lottery in an intelligent manner. Here is a list of 10 too common mistakes that lottery players make. Every single one of these items could be costing you ticket money, time, frustration, and perhaps even millions of dollars. Read them, take them to heart, and then put them into practice.

Have you ever really considered which games you play and why? How much money do you really need to win? What amount of winnings would make an impact on your life? Here in Texas we have many different choices. You can play a large multi-state game like Mega-Millions with HUGE multi-million dollar payoffs but the unfortunate odds of only 1 chance in 175,711,536 of taking home the jackpot! Wow, that’s one ticket for each of over half the population of the U.S.A.

prize by over 95 times! Put another way you would have to buy 95 Mega-Millions tickets to have the same odds of winning with one Texas Two-Step ticket.

In the area you live there are probably the same choices between small games with small prizes like pick thee games, five and six ball games with mid-range payouts, and the huge multi-state games with incredible odds against you.

Trust me, I know. You have a series of numbers that you have chosen based on your children’s birthdays and the day you got married and your mom and dad’s wedding anniversary date. Bad move. Here’s why.

When you choose lottery numbers based on meaningful dates you limit your choices to the number of days in a month. In other words you are limited to numbers from a pool of 1 to 31. As an example of the problem in this method think about this. In the Texas Lotto game 6 numbers are drawn from a pool of 54 numbers. 54 numbers give you a whopping 25,827,165 possible combinations! When you choose from the pool of numbers ranging from 1 to 31, how many combinations do you think there are to choose from? There are a measly little 736,281. Think about that. When you choose between 1 and 31 you get 736,281 possible combinations BUT you absolutely, positively lose out on the other 25,090,884 possible combinations! Choosing birthday numbers decreases any chance of your having the winning combination by almost 97%. That’s insane.

I know, you read about several people who chose birthday numbers and won millions. I also realize that your string of birthday numbers has EXACTLY the same chance of being drawn as any of the other 25,827,165 possible combinations. It’s true, each combination has the same chance of being drawn. Still, are you willing to cut out almost 97% of your possible winning chances? I am not willing to give up almost all of the possible winning combinations simply to use sentimental choices. My goal is to play smarter than that.

Consistency pays. It is to your advantage to be a little fanatical about making sure you are in the mix for every drawing. Lottery corporations constantly chant the mantra ‘You Can’t Win If You Don’t Play’ as a sales tool, but they are right on the money. You can’t win if you don’t play! You should never miss playing the game of your choice, the one you have set your sights on winning. If you cannot afford to play some system you are fond of or as many tickets as you wish you could, if you have no partners to pool money with, whatever the reason, you should ALWAYS have at least one ticket in each and every drawing in your game.

Some lottery guides give the advice to stay out of certain overplayed drawings. Perhaps if the odds are extreme, the competition too fierce, or the payoffs too small, then yes. But in general there is no good reason to sit out. Think about this, what if the numbers you meant to play were chosen the one night you chose to watch that rerun of that sitcom rather than traipse out into the world to get your ticket? If that happens, don’t call me to cry, though I would like to hear the story. Just don’t expect a shoulder to cry on. You’ve been warned. Sitting out with not even one ticket is the same as saying you don’t want the chance of becoming filthy rich this week.

4. Playing Too Much or Too Little

You should first decide which game is the best one for you to play, than make a commitment to play it regularly. Next it would be wise to make a quick budget of what you can afford to play or what you are comfortable wagering. I once read about a young immigrant man in Houston, Texas who won several million dollars. Great news! Then I read that he played several hundred dollars worth of tickets each week for several years before winning. I actually worried a bit for him. Everyone has a budget they can live with but most could not and would not want to spend that much money on dear lottery tickets. Was he married? Was he neglecting his family? Did he have a gambling problem?

So please, spend on lottery only the excess small amounts you might normally spend on coffees or other treats. Do not spend money you cannot afford to lose. Make sure you can afford the game you play. But make sure you also play, at least once in every drawing. The one headline you will never see is the person that didn’t buy a ticket and still won the lottery.

Many systems have better written advertisements than actual materials and plans, and others use cumbersome software or require endless hours of drudgery and record keeping. Many are some form of wheeling system that works best (and only a little better than simply chance) if you can afford to buy hundreds of tickets in a drawing. It is easy to lose interest when a lot of work is required and the chance of winning does not change much with the system. Seek out the best ways of playing, ways that create more winners, require little or no work on your part, and are easy to use.

Why? Because in every drawing there are dozens, sometimes hundreds, and even thousands of folks doing the same thing as you. Imagine going to bed after checking your numbers and knowing you had won a million dollars, only to wake up the next morning to discover 99 other folks are sharing your million dollar dream. Hey, any lottery win is better than no lottery win, but a million dollars will take you a lot farther in life than $10,000! Go for the big one, and if you have to share, hope it is with a lotto pool partner instead of 99 strangers.

7. Being Tempted By New Plans and Schemes

There are dozens if not hundreds of complicated plans and schemes out there that use slick ads and empty promises to sell the latest flavor of information on how to win the lottery. One mistake many players make is to fall to the temptation of the slick advertising and empty promises. Are you one of those people who always must try every new lottery “winning” system you see? Do you buy tickets one way for a few weeks and then totally switch your methods? Lottery games are mostly a losing proposition. The odds are HUGE and against you. Spending time and money on various faulty systems, plans, and software takes away from your goal of actually taking home the big one. Find one good method and stick with it for the long haul.

8. Giving Up On the Dream Too Soon

Have you ever heard of the ‘loser’s limp’? It is said that many a football player will make a stunning run down the field, magically skirting past opposing team members, only to slow and falter in the final few yards, being tackled, and failing to make that all important touchdown. You may have seen players do this very thing and wondered what in the world they were doing. At times it makes me even wonder if the darn game is fixed! Truth is though, loser’s limp is real and to be found not just in football but in every human endeavor. It’s always darkest before the dawn is what they say. Remember, if you don’t play you can’t win. That one drawing you miss might have been the one. Persistence pays!

Don’t give up on the dream. You CAN win the lottery! Someone will!

I am not a big fan of, nor can I ever suggest that you spend money on, ‘scratch-off’ style games. Lottery odds are bad enough but if you dig deep in the odds and payout figures on scratch off tickets, WOW, they are a major hole in the ocean in which to toss your hard earned cash.

I can almost hear you saying “But come on, they are a fun diversion”. Hey, it’s your money so spend it how you want to spend it but know in advance it is a losing proposition. Unlike the lottery where creative types have found a few ways that can significantly affect the odds making it a chance worth taking, scratch-off tickets are like shooting in the dark. Often the bullet will hit you!

If you are going to tell me about Uncle Louie who “always wins with those things,” well, I have dozens of friends and not one of them ever has returned from Las Vegas with tales of losing money. They ALL won. However do the casinos pay the electric bills on all of those neon signs? For the smart player scratch-offs are not an option. 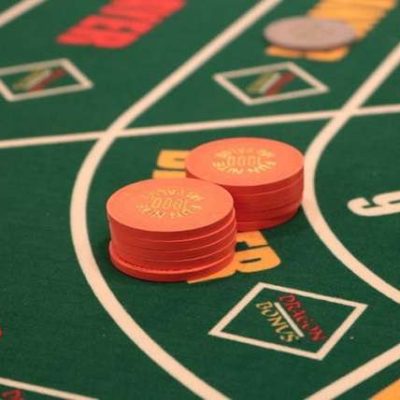 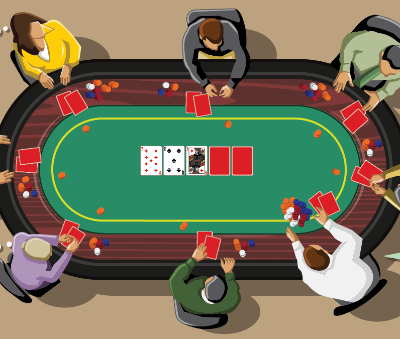 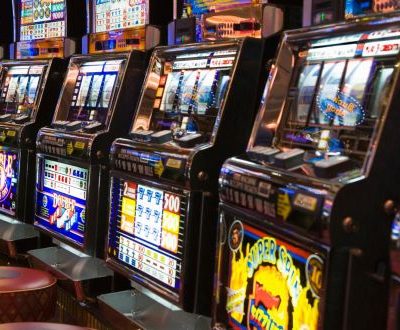 Online Casinos In The Future 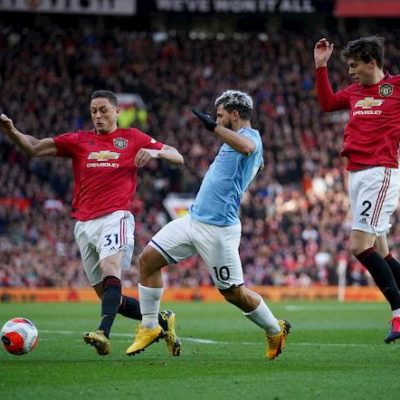 What to look out for in an online casino 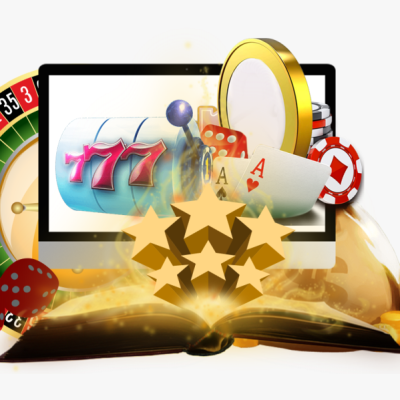 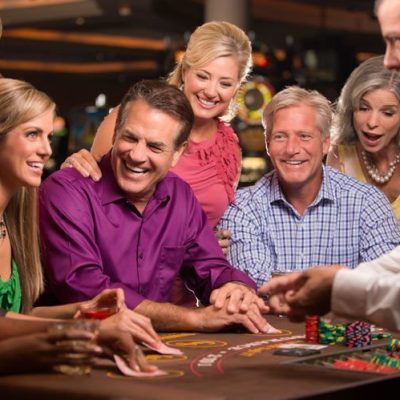 How To Play Progressive Baccarat 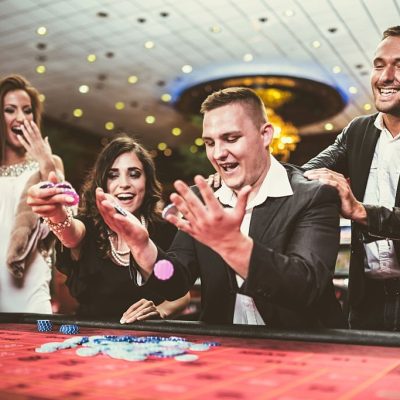 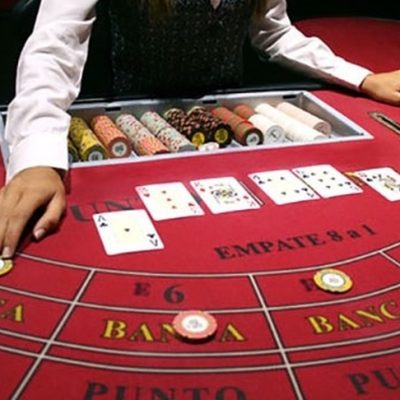